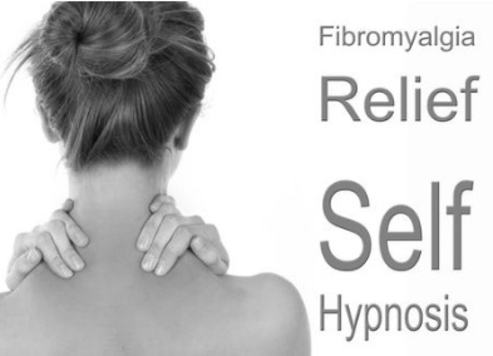 Fibromyalgia is a worldwide problem that affects up to 10% of the general population. It strikes all races, age groups, all socio-economic and educational levels. It is a chronic, debilitat­ing illness for which conventional medicine has little to offer in the way of relief or hope. This illness already accounts for 36% of all Social Security Disability payments in the US. Hypnosis has shown the only promise of consistent and long lasting symptom relief for FMS sufferers. Numerous scientific studies demonstrate the ability of hypnotherapy to reduce and eliminate the pain, fatigue and sleep disruptions associated with this illness. Mental/ cognitive ability returns with the alleviation of the other symptoms. Hypnotherapy offers the Fibromyalgia sufferer not only symptom relief but hope, renewed functional ability and another option rather than simply “learning to live with it.

Fibromyalgia, pronounced feye-bro-my-AL-juh, is a collection of symptoms characterized by muscle pain, stiffness and fatigue. It is called a “syndrome” rather than a “disease” because there is no specific diagnostic test that confirms or denies its existence. There is no known cause … or cure. Rather, it is a confusing and frustrating collection of symptoms, which come and go and vary in intensity. Its chief characteristic is widespread pain in the muscles, ligaments and tendons, stiffness, fatigue and non-restorative sleep.

While it is not life threatening it totally redefines the patients’ quality of life. It can be as debilitating as rheumatoid arthritis. The pain is diffuse and widespread. We are not talking about the kind of pain and stiffness that results from a weekend of overdoing it in the yard or on the golf course. Patients with Fibromyalgia (FMS) report that they ache all over. Personally, I felt like I constantly had the first few days of the flu or the first couple of days of a cold. FMS patients are tired all the time. One client reported she had to rest from the exertion of getting up in the mornings. FMS patients sleep poorly and are stiff when they wake up or sit for extended periods of time. It is particularly frustrating because the sufferer appears so healthy and normal on the outside and feels so miserable on the inside.

FMS has no known cause and it affects 5% to 10% of the population. Eight times more women are affected than men and it strikes all ages. It is often found in the company of other conditions such as Irritable Bowel Syndrome (IBS), spastic bladder (urinary urge incontinence), headaches, myofascial pain, mitral valve prolapse and chronic fatigue. Although the cause remains elusive, there are many common triggering events thought to precipitate the onset of the illness. Some other causes are infections (viral or bacterial), automobile accidents, a hysterectomy, surgery, or the development of another disorder such as rheumatoid arthritis, lupus or hypothyroidism.

The most important clinical features of FMS, the key symptoms a physician looks for, are widespread pain or diffuse aching which has lasted for a period of three or more months, stiffness and fatigue coupled with a physical examination that demonstrates multiple tender points in specific areas.

There are many other symptoms, which vary from patient to patient both m severity and occurrence. These include headaches, memory and concentration problems ( commonly referred to as Fibro Fog), dizziness, numbness, tingling, itching, fluid retention, crampy abdominal and pelvic pain, irritable bowel syndrome, mitral valve prolapse, TMJD, allergies and chronic fatigue. Not all FMS patients will experience all of these symptoms; however, most FMS patients will experience several from this list of maladies. Severity  of symptoms varies from one patient to the next and over a period of time. Most FMS patients report chronic symptoms, which vary in severity from one day to the next. Moderate physical exercise, inactivity, poor sleep, emotional stress, humid weather and changes in weather patterns exacerbate these symptoms. Most FMS patients relate that symptoms become progressively worse over time, as the illness takes more and more of a major toll on their existence.

FMS is a soft tissue pain in the muscles as opposed to the pain in the joints associated with osteoarthritis and rheumatoid arthritis. Rheumatolo­gists call it soft tissue rheumatism ( or STR), and consider it a syndrome, not a disease. A syndrome is a collection of symptoms that have no known cause or cure. Unfortunately, for those suffering with this syndrome, there are no effective treatments either. It is baffling for the physician as well as frustrat­ing, debilitating and demoralizing for the patient.

FMS does not cause deformity the way arthritis and rheumatism do, and is not a life threatening illness; however, it becomes life changing for the patient. People with FMS look perfectly healthy in spite of how uncomfortable they feel. Although the individual affected will disagree, many physicians do not consider it to be a serious illness. Some people will be able to manage their symptoms very well with medications and the appropriate lifestyle changes. For others, however, FMS causes serious and ongoing problems. Most of my clients had either become disabled or unable to continue in their chosen profession. They have had to seek other jobs and careers, been qualified as disabled, or taken early retirement. Many more have simply given up and dropped out.  Fibromyalgia has been called several other names such as fibrositis, myofibrositis or fibromyositis. It is sometimes called psychogenic rheumatism. These are all inaccurate terms. The “itis” ending on the word indicates an inflammation, but there is no inflammatory process in PMS. The suffix “myalgia” means muscle pain and is the accurate term for this condition. The muscle biopsies in PMS patients are normal and do not show any inflammation. The only abnormality shown in their muscle biopsies indicates a lower than normal level of available oxygen in the muscle tissues.

Traditional treatments aim at improving the quality of sleep and reducing pain. Recent research confirms that a multidisciplinary approach to treating PMS provides the greatest relief from symptoms and the best prognosis. This approach includes improving the quality of sleep, proper nutrition, physical conditioning, deep relaxation and positive mental imagery. By combining therapies, the patient can frequently return to a healthier state and a more active lifestyle.

In one study published in the Journal of Rheumatology, 40 Fibromyalgia patients were randomly assigned to treatment with either hypnotherapy or physical therapy for 12 weeks and followed up at 24 weeks. The patients in the hypnotherapy group showed a significantly better outcome with respect to pain reduction, fatigue on awakening, sleep patterns, and global assessment at 12 and 24 weeks. In addition, those patients treated with hypnotherapy showed a significant improvement in their overall levels of discomfort. The authors concluded that hypnotherapy was effective in relieving the symptoms of Fibromyalgia.

Hypnotherapy is not considered a “cure” for Fibromyalgia, but is an effective method for symptom management.