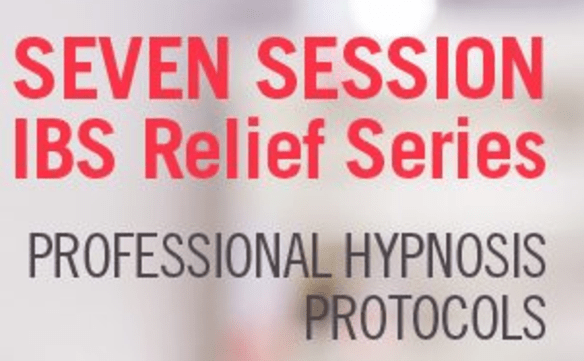 The causes of IBS are unknown. Over the past few years several studies show that there may be a genetic predisposition to developing IBS. However, most researchers believe that a genetic predisposition alone is not enough to cause the disorder. They believe that there must be a second insult or second injury to trigger IBS, or bring it to the forefront. Other research has shown an association between prior gastrointestinal infections and IBS. Because the brain communicates with the intestines, there is widespread acceptance that psychological factors, such as emotions and stress can contribute to flare-ups of bowel disorders.

IBS THERAPY - Can it work for me?

Irritable Bowel Syndrome (IBS) is a chronic functional gastrointestinal disorder that affects the nervous system of the gut. Since it is a functional disorder, it is defined not by specific medical tests, but by its symptoms. IBS symptoms include abdominal pain, altered bowel movements, bloating, and constipation or diarrhea. Symptoms need to manifest for at least 12 weeks (either intermittently or continuously) in a one year period to be diagnosed as IBS. Depending upon the predominant symptom, there are three types of IBS – diarrhea-predominant, constipation-predominant IBS, and alternating IBS.

How serious are the effects of IBS on the patient?

A 1996 statement by the American Gastroenterological Association

I’m a believer,” says gastroenterologist Cynthia M. Yoshida, MD, director of the Women’s GI Clinic at the Digestive Health Center of Excellence at the University of Virginia, Charlottesville. “Most people in the field will tell you it’s not just medicine that does it [for IBS].” The following case histories demonstrate that very well: Jackie characterized her symptoms as a “panic attack of the bowles.”  After only two sessions, she reported that her symptoms had improved so much that she “actually got out with (her) family and went a few places” for the first time in over four years. She cannot remember when she did not have IBS symptoms. Now, Jackie reports that “I feel better upon awakening than I have in years.” She no longer has abdominal pain upon awakening. Even though she had one period of diarrhea in a time of unduly high stress, she still had no pain associated with it. Working in conjunction with her physician, Jackie has come off all the drugs she was on prior to starting the program and has not had a return of her symptoms even though her stress levels remain high. Susan, a financial specialist, during her first visit characterized her symptoms as:  pain 10: gas 7; bloating 10; and diarrhea 2.  By the middle of the program, she reported her symptoms as follows: pain O; gas l; bloating O; constipation 0-1; diarrhea 0. By the end of the program, she reported zeros in all categories. The common thread is that both clients had unabated IBS symptoms that interfered with their daily living. Neither actually believed that hypnosis would work to alleviate their symptoms. However, they were so desperate for relief that they were willing to try anything. They were desperate for hope, for an alternative to learning to live with debilitating symptoms. Now, due to hypnotherapy treatment for their symptoms, they have been able to return to a much more normal lifestyle.
Add to Cart

This therapy is to be used in conjunction with the client’s personal physician. This is not intended as an alternative or replacement for conventional medical treatment. Conventional medicine alone has not been able to adequately allevite IBS symptoms. However, hypnotherapy in conjunction with traditional treatments has and can produce remarkable results in symptom alleviation. Hypnotherapy is not considered a “cure” for Irritable Bowel Syndrome, but it is an effective method for symptom relief.